Who has not dreamed of their own personal flying machine?  GoFly is ready to make it happen.

In the spirit of contests spurring innovation and problem solving,  the organization GoFly is offering  a total of $2,000,000 purse over the course 24-month competition – and they are scheduled to award the final winner later this month.  The contest is entering it’s final phase with about two dozen displaying and five listed as flying for the grand prize.  The goal is simple: to design and build a personal flying device. The rules state that it must be safe, useful, and thrilling; but the design and function of the device is up to teams that build them. One of the major sponsors is Boeing.

The purse had three phases:

Phase III will unveil the Grand Prize Winner, awarded at the Final Fly-Off

This is the latest in a long line of contests designed to spur innovation and solve challenging problems.  Most people have heard of Charles Lindbergh and his first solo flight between New York and Paris: but may not know that he did it to win what was called the $25,000 Orteig Prize, offered by hotelier Raymond Orteig. 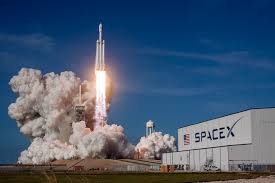 More recently,  the X-Prize Foundation was formed and offered a cash prize of $10 million for the first privately owned aircraft to reach space,  (defined as 100 km above the Earth’s surface) with at least three people on board, and then repeat within two weeks.  The award was won by SpaceShipOne and helped to spur interest in private space flight.

The GoFly technology may be more accessible.  With the drone industry growing and urban air mobility a hot topic, individual flying machines may very well hit the market sooner rather than later.