What types of drones are there?

The short answer is that it depends on how you look at it.

A second way to look at drone types is to divide them up based on their design.

And finally, a third way to look at the types of drones is to look at drones made for specific types of work scenarios—like the Elios 2, a drone made just for indoor inspections.

Now that we’ve covered the three ways we’ll be organizing the different types of drones, let’s dive in and take a closer look at each one.

Want to jump around? Here you go:

Types of Drones: Recreational vs. Commercial

The first thing to note is that even though the drones in this category are used for fun that word can mean different things to different people. It would be incorrect to say that the only types of drones used by recreational pilots are toy drones.

That being said, some of the drones flown by recreational drone pilots do fall squarely into the toy category. These types of drones are also called mini or micro drones and they’re usually pretty inexpensive, running anywhere from around $30-$150.

[Want to find the top cheap drones on the market? Check out our free guide.]

Toy drones are small, durable, and often best flown indoors since they’re small enough that any amount of wind can toss them around pretty easily.

But if you’ve been flying for a while, you might decide that you want to invest in a drone that costs a little more. Maybe you enjoy the greater control you get at a higher price point, or maybe you want a selfie drone to take action shots while on vacation.

You might also choose to get a nicer camera drone because you’re an amateur photographer or videographer who wants to capture good aerial shots.

Drones like this, which could be used by an amateur but could also be used by a professional, are called “prosumer” drones because they’re consumer products that could still be used for high-quality professional work. Prosumer drones are more expensive than toy drones—they run anywhere from $500 to $2,000—but they’re not so expensive that they’re out of reach for the serious hobbyist.

[Want to learn more about drone prices? Check out our complete guide here.]

A third type of drone that falls into the recreational category is the FPV racing drone. These are drones made just for FPV racing, which is a fairly new sport that involves high-speed flying and complicated, real-life 3D race tracks.

Want some examples of recreational drones at different price points? You got it:

When looking at the types of drones used by commercial drone pilots there is a pretty big range of cost and value.

And that’s because these types of drones are used for lots of different kinds of work, which means they’re equipped to be more or less sophisticated based on the needs they address.

But others do work that requires specialized equipment. Some examples are HVAC inspectors who use thermal cameras in their inspection work to see where heat is escaping from a building, or drone pilots who work exclusively on movie sets with customized big rig drones made to hold extremely expensive cameras.

Regardless of the specifics, the type of work will determine the type of commercial drone needed, and will also have a big role to play in the price.

As you can see in the list below, the prices for the different types of drones used by commercial drone pilots can vary significantly:

You might have noticed that the DJI Spark and the DJI Mavic 2 Pro appear in both our lists for recreational and for commercial drones. That’s because some drones can be used for work and for fun.

In fact, it’s not an uncommon path for an amateur drone pilot who enjoys taking aerial shots to decide to pursue commercial drone work at some point, turning his or her hobby into a side hustle.

Types of Drones: Multirotor vs. Fixed-Wing

Of the three ways of looking at the different types of drones on the market, this category is by far the most simple.

And unlike the recreational/commercial category, you won’t see any overlapping here—a drone is either a multirotor or a fixed-wing, with no muddiness in between.

When people picture a drone in their mind they’re usually picturing a quadcopter, which is a multirotor drone with four rotors. 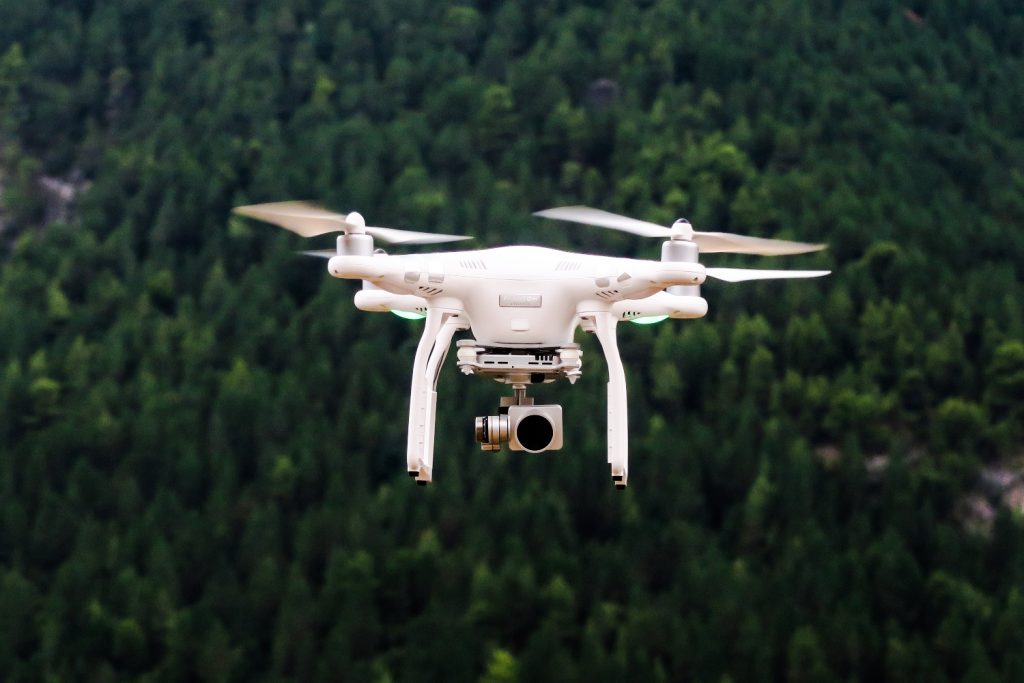 This list illustrates just how much variety there is when it comes to multirotors:

Fixed-wing drones look kind of like what you picture when you think of an old-timey airplane. 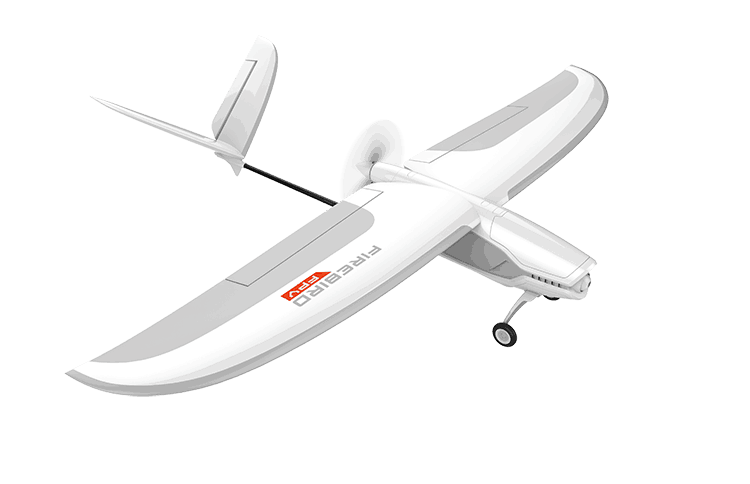 Fixed-wings fly using a rigid structure, which helps generate lift under their wings due to forward airspeed produced by either by an electric motor-controlled propeller or an internal engine.

We often see fixed-wings being used to survey big pieces of land, where their long flight times and high payload capacity can be best put to use.

Fixed-wings are also being used for delivery, another scenario where flight time and payload capacity are crucial. Zipline, a medical drone delivery company, uses its proprietary fixed-wing to deliver blood and other medical supplies to remote areas. 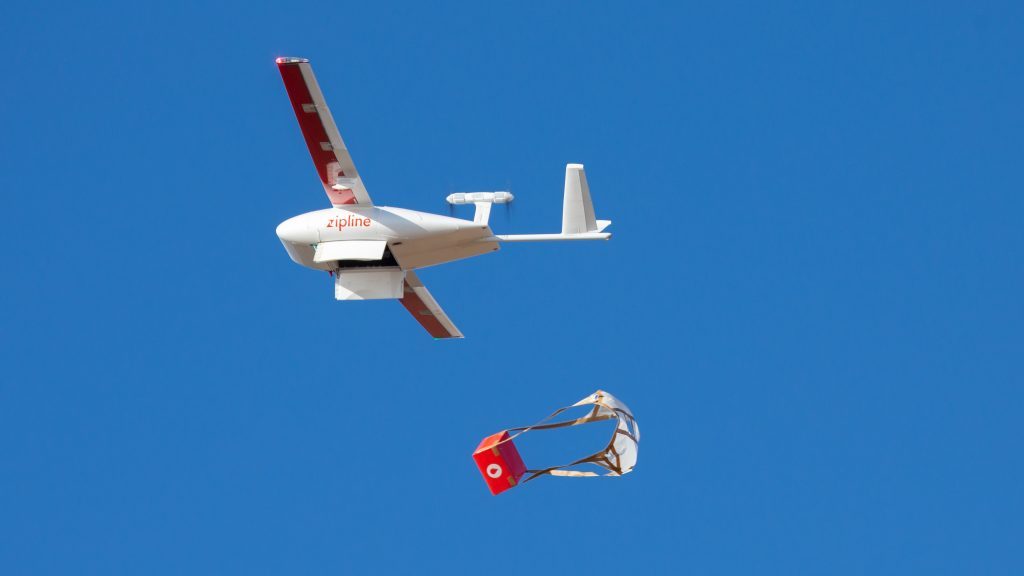 Here are some examples of the different types of fixed-wing drones:

Exceptions to the Rule

There are two types of drones beyond the multirotor and fixed-wing, but they’re still relatively uncommon so we didn’t feel it was important to give them their own section.

One of these drone types is the fixed-wing hybrid VTOL, which is a fixed-wing drone designed to take off and land vertically. There aren’t many drones actually on the market that fit this description right now but this design is gaining traction in the drone delivery space, since the vertical takeoff/landing is ideal for congested urban areas where airspace is limited. VTOL has also been used almost exclusively in the taxi drone prototypes we’ve seen, including the one actually in use in Dubai.

Another type of drone that doesn’t fit into the multirotor/fixed-wing category is the single rotor. This is essentially a drone helicopter, or a heli drone, as it’s sometimes called. 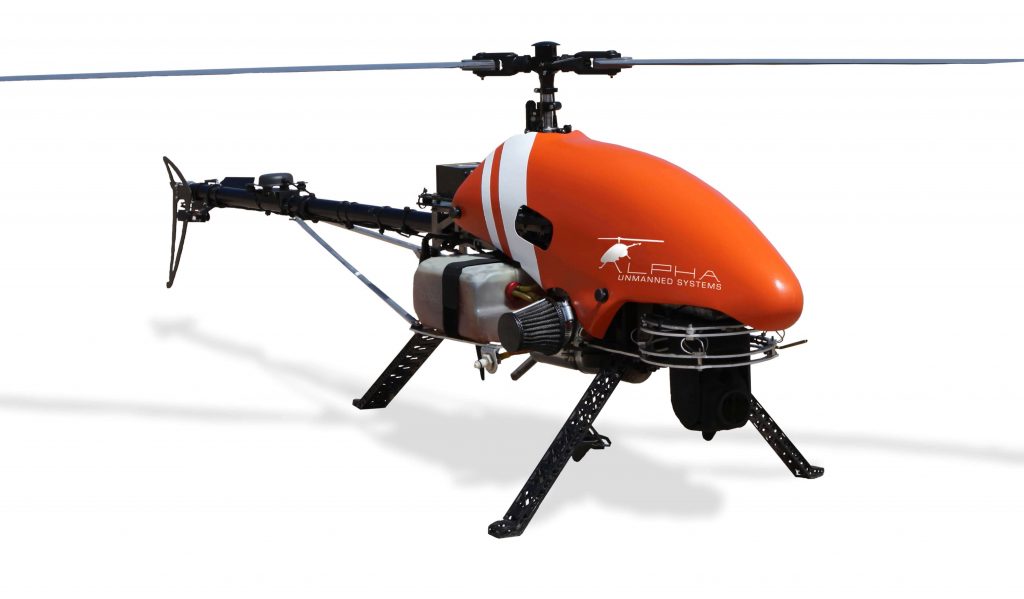 Types of Drones: Drones Made for Specific Applications

It’s a testament to how far the drone industry has come that we now have several drones made for specific applications.

When looking at the types of drones used for specific types of work, you’ll usually see that the distinguishing factor between them is the payload—that is, the specific camera, cameras, or sensors that come with the drone.

In some instances, there will also be software that comes with the purchase of the drone which has been created specifically for processing data to produce outputs for a specific niche, like volumetry mapping for companies that work with huge piles of materials (otherwise known as aggregates), or 3D maps for construction companies.

It’s important to note that the list below is not at all exhaustive when it comes to all the different industries in which drone pilots are finding work. Rather, this is a list of industries in which we find drones that have been made just for a specific type of work.

Parrot released the Bluegrass a few years back as part of a play to capture sub-segments of the prosumer drone market by creating drones for specific applications. A standout feature of the Bluegrass is a special multispectral sensor Parrot made for it called the Parrot Sequoia, which was designed to detect problem areas in different types of crop fields.

These days drone company 3DR has become known primarily for its construction-focused software Site Scan. Even though their drone, the Solo, wasn’t originally made specifically for construction it’s now become synonymous with construction applications.

[Read this article to learn more about all the ways drones are being used in construction.]

DJI released the Phantom 4 RTK last year for those working in surveying and mapping. It can make incredibly accurate maps—it has up to 2 inches / 5 centimeters of accuracy—using GNSS satellite positioning. (To put this in perspective, many drones only offer accuracy of up to about 16.4 feet / 5 meters, making RTK much more accurate by comparison.)

The Elios 2 is a highly specialized drone designed just for indoor inspections. It sits in a cage, allowing it to collide while in flight without crashing. Among all the various types of drones out there, the Elios 2 has one of the most unique and application-specific designs, making it ideal for inspecting tight, hard-to-reach spaces. Since it first came out a few copycats have released similar products, but none have the same quality of Flyability’s inspection drone. 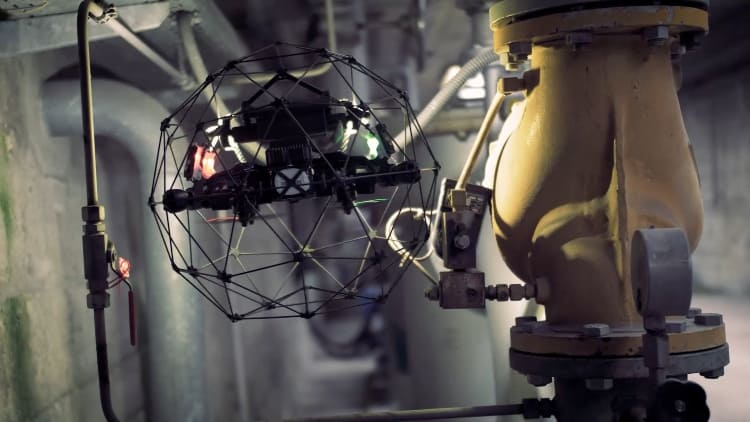 IGNIS isn’t actually a drone but a payload attachment made for drones designed to be used in controlled burns. The attachment carries spheres that contain glycol, which ignite only when remotely triggered to do so. This year the U.S. Department of the Interior recognized IGNIS as one of the 12 “Top Made in America” inventions for its contribution to firefighting and fire prevention. 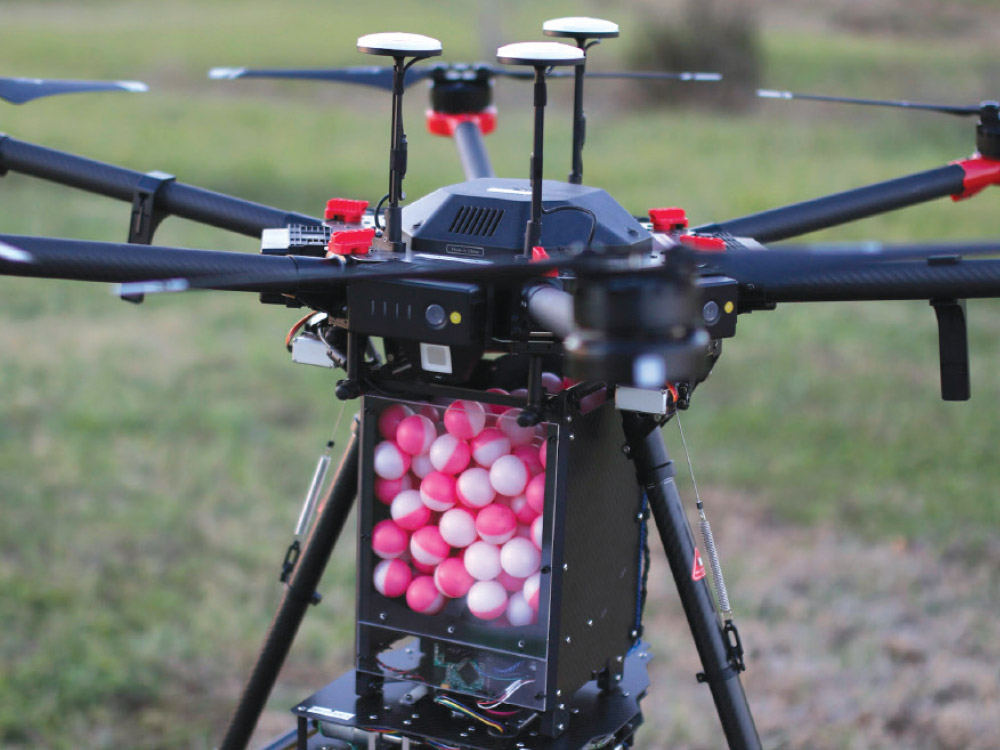